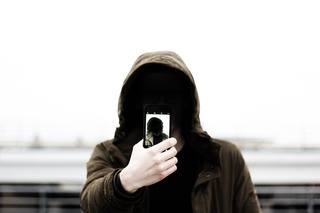 Launched back on April 24, 1990, the Hubble Space Telescope celebrated its 29th birthday last week and NASA released a really cool picture to commemorate the occasion.

Although it was probably difficult for NASA to single out just one photo, the chosen picture is quite an amazing sight.

Known as the Southern Crab Nebula, the formation is located in the constellation Centaurus in the southern sky according to Science Alert.

The unique shape comes as a result of the combination of an older red star and a “burned out” white dwarf.

NASA writes, “The stellar duo, consisting of a red giant and white dwarf, are too close together to see individually in this view,” reads a birthday tribute from NASA. …But the consequences of their whirling about each other are two vast shells of gas expanding into space like a runaway hot air balloon.”

It’s a good thing that the Hubble captured it, too. According to Science Alert the Southern Crab Nebula won’t be with us “much longer” as it is in the process of collapse.

“The outflow may only last a few thousand years, a tiny fraction of the lifetime of the system. This means that the outer structure may be just thousands of years old, but the inner hourglass must be a more recent outflow event. The red giant will ultimately collapse to become a white dwarf. After that, the surviving pair of white dwarfs will illuminate a shell of gas called a planetary nebula,” the blog post on NASA states.

It is also relatively young with an age of approximately 10,000 years.

This nebula also has a special place in the history of the Hubble Space Telescope. Originally discovered in 1967, it was thought to be a star but, upon closer inspection through the telescope in 1999, its true nature was revealed.